A NEW LEASE OF LIFE FOR HISTORIC LA CONCORDE

A NEW LEASE OF LIFE FOR HISTORIC LA CONCORDE

An architectural grande dame steeped in history is getting a new lease of life in the Cape Winelands town of Paarl, where leading property developers Giflo Group have big plans to revitalise La Concorde, the one-time head office of KWV.

The KWV building, as it is still known, is a landmark in Paarl’s Main Road today, but when the site was originally chosen back in the 1950s, it was part of the farm Concordia, explains Michiel Scharrighuisen, director and co-owner of Giflo Group, which recently purchased the iconic building.

“The farm was across the railway line from the premises where the Kooperatiewe Wijnbouwers Vereniging had their first head office, alongside the cellar, laboratory and production facilities in Kohler Street,” says Scharrighuisen. When the company outgrew that original head office it commissioned a new, bigger building in 1953. La Concorde was completed in 1958 and came to represent the significance of the wine and brandy industry of the Boland. 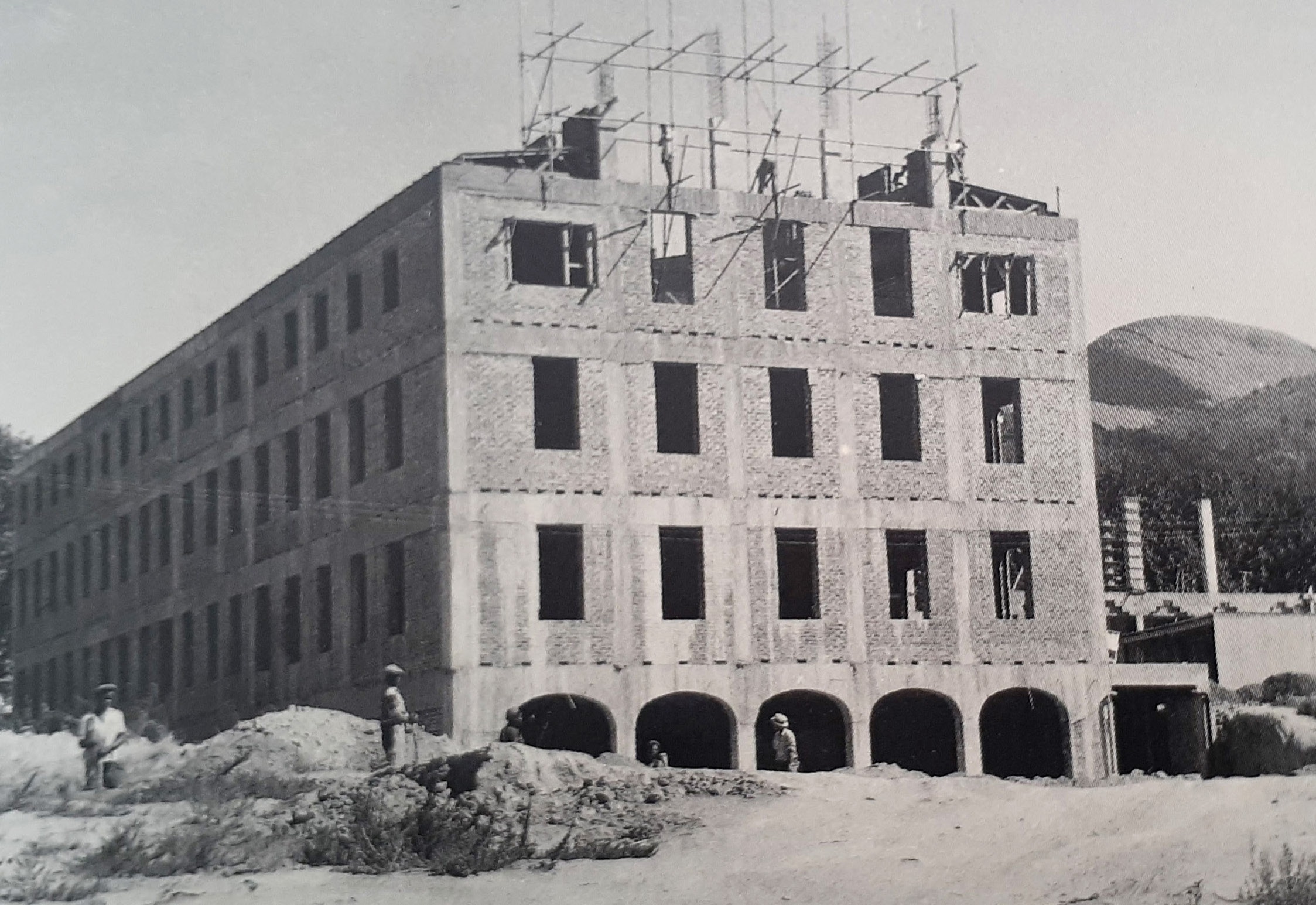 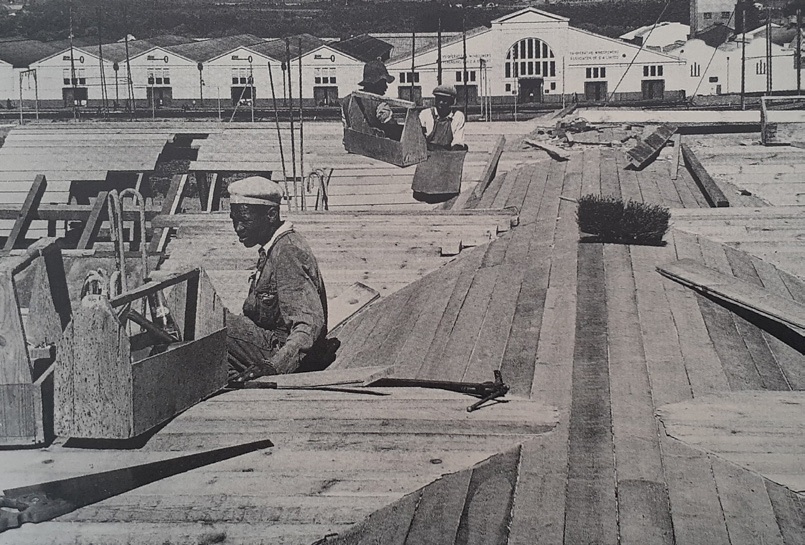 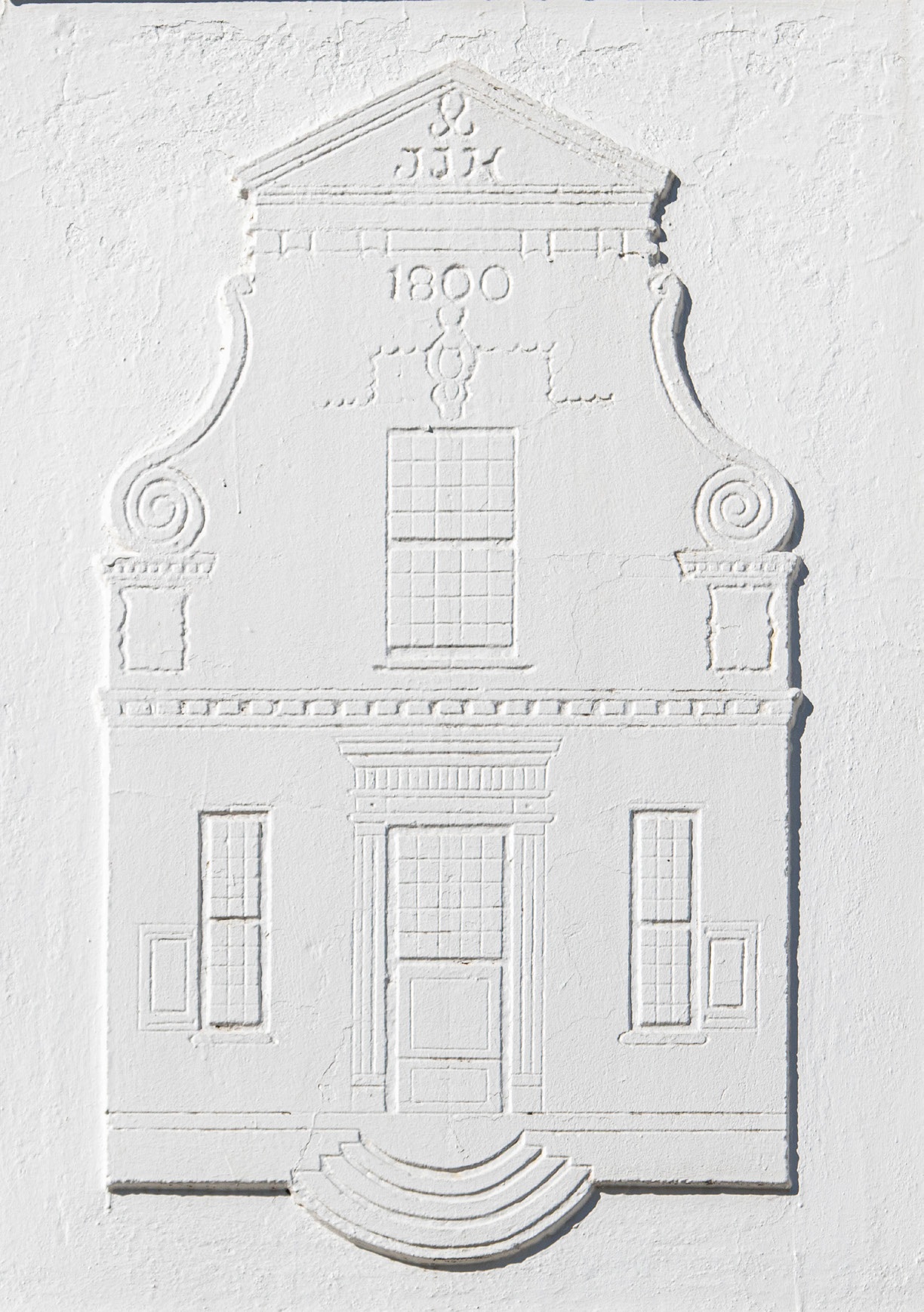 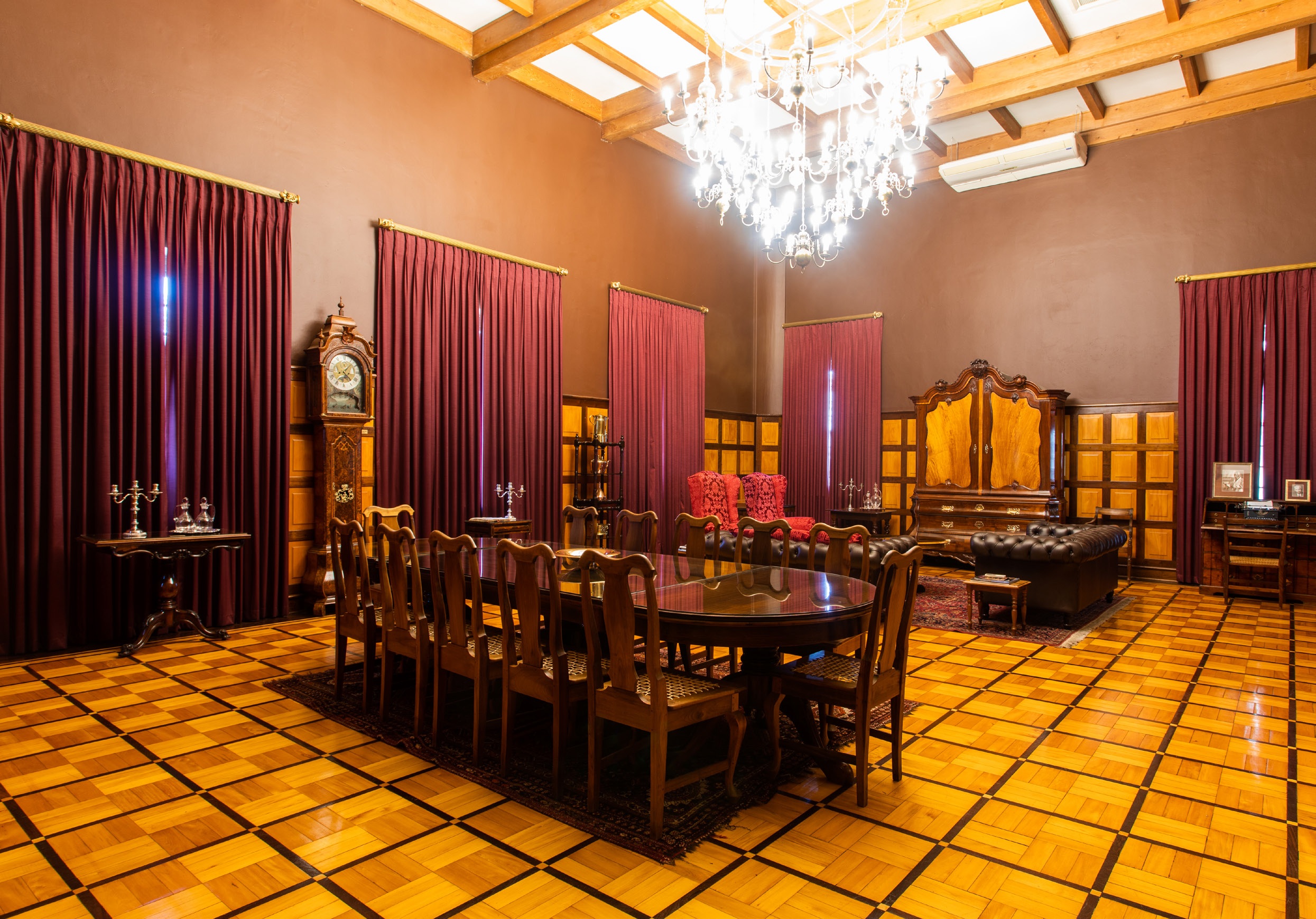 When the Vasari group purchased KWV and all production facilities in May 2016, La Concorde was excluded from the sale and KWV remained in the building as tenants, says Scharrighuisen, “Giflo’s own head office has also been based in the building for six years, and transitioning from tenants to owners, we are extremely excited about the opportunity to restore La Concorde to the former glory of its heyday, preserving its heritage while updating it for a new era. It is fairly bubbling with potential.”

He confirmed that KWV will also remain as an anchor tenant, and that a new seven-year lease was recently signed.

La Concorde is situated on a large property of 25 000 sqm among massive mature oak trees. An imposing front entrance faces the street, and the façade includes three distinct gables designed by the Spanish sculptor Florencio Cuairan, adding a classical feel to the structure. Architecturally the building is characterised by long passages and higher ceilings than commonly found in modern-day buildings, with a domed lobby decorated with mosaic tile art. Copper hand railings and door handles are fitted throughout.

The building has space for more than 40 tenants in office offerings that range from 17sqm to 1 300sqm, with a total of 6 250sqm GLA. A fair bit of space is currently unoccupied.

In KWV’s heyday the property included staff sporting facilities such as a squash court and swimming pool which have fallen into disuse over the years, and Giflo is adding new, modern amenities as part of the redevelopment. “Due to the size of the building it made sense for us to include a variety of offerings to add to the tenant experience,” explains Scharrighuisen. The building has an existing cafeteria and coffee station, Team Café and Fleet Coffee, which will be retained for now, and the new plans will see the addition of a functional training facility, bicycle locker rooms, shower facilities and a roof-top braai area.

Since La Concorde is 62 years old with heritage status, all additions are being cleared by the local heritage association and the Drakenstein Heritage Council. “It is important for us to honour the history of the building while updating the user experience, so plans have focused on upgrading and revamping the internal offices, passages and lobby area while preserving the external façades,” said Scharrighuisen.

The renovation is scheduled to be rolled out in phases, and phase one is already underway, with the refurbishment of the vacant offices. New carpets, light fittings and blinds are being fitted, walls and ceilings are being painted, and air-conditioning units are being repositioned. The exhibition space which served as KWV’s art gallery will be redesigned to create new meeting rooms and additional offices, which will be completed by June 2021.

Prospective new tenants can find out more about leasing opportunities by contacting Collette at the Giflo head office, 063 695 1314 or colette@giflogroup.co.za. 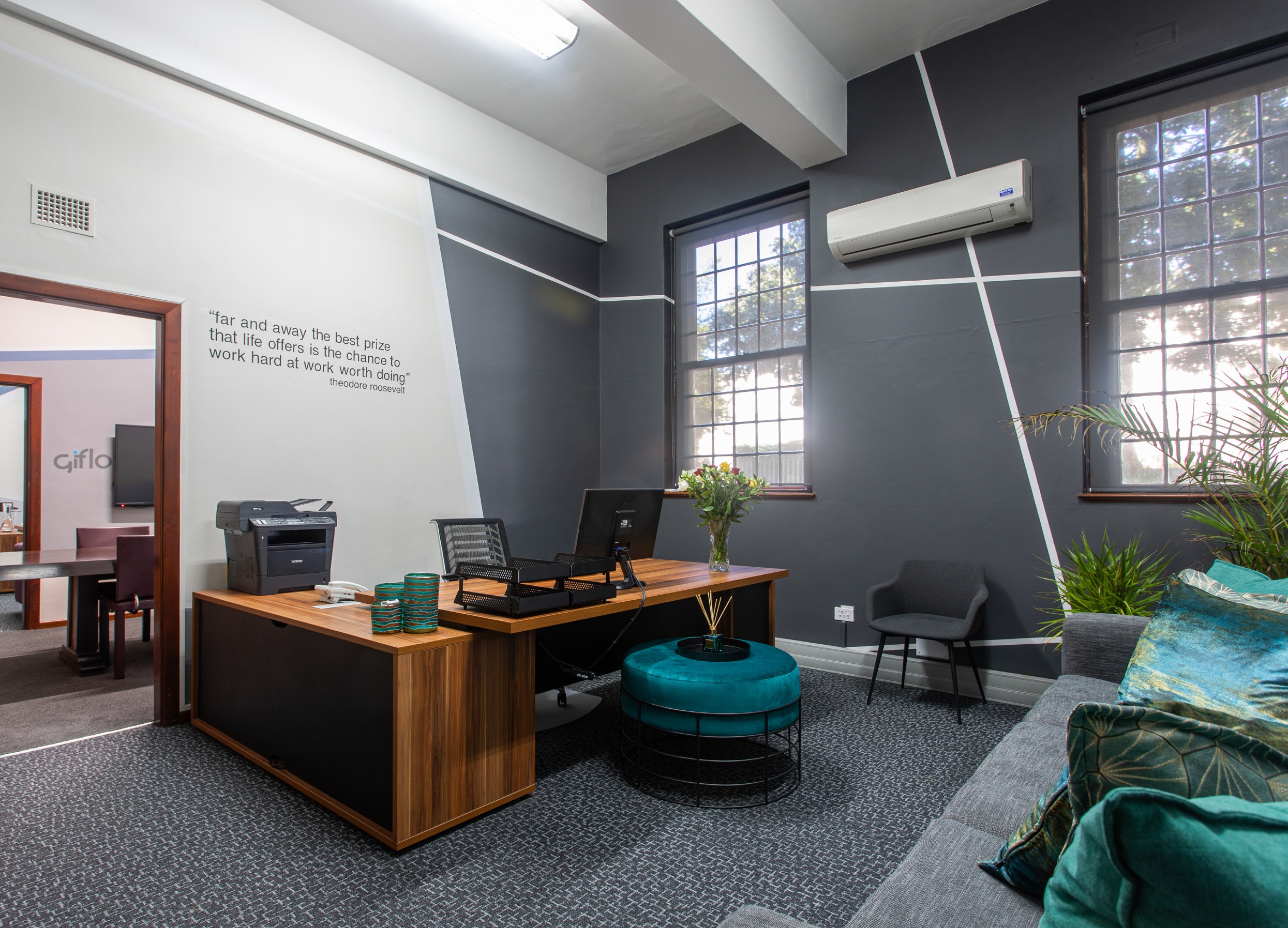 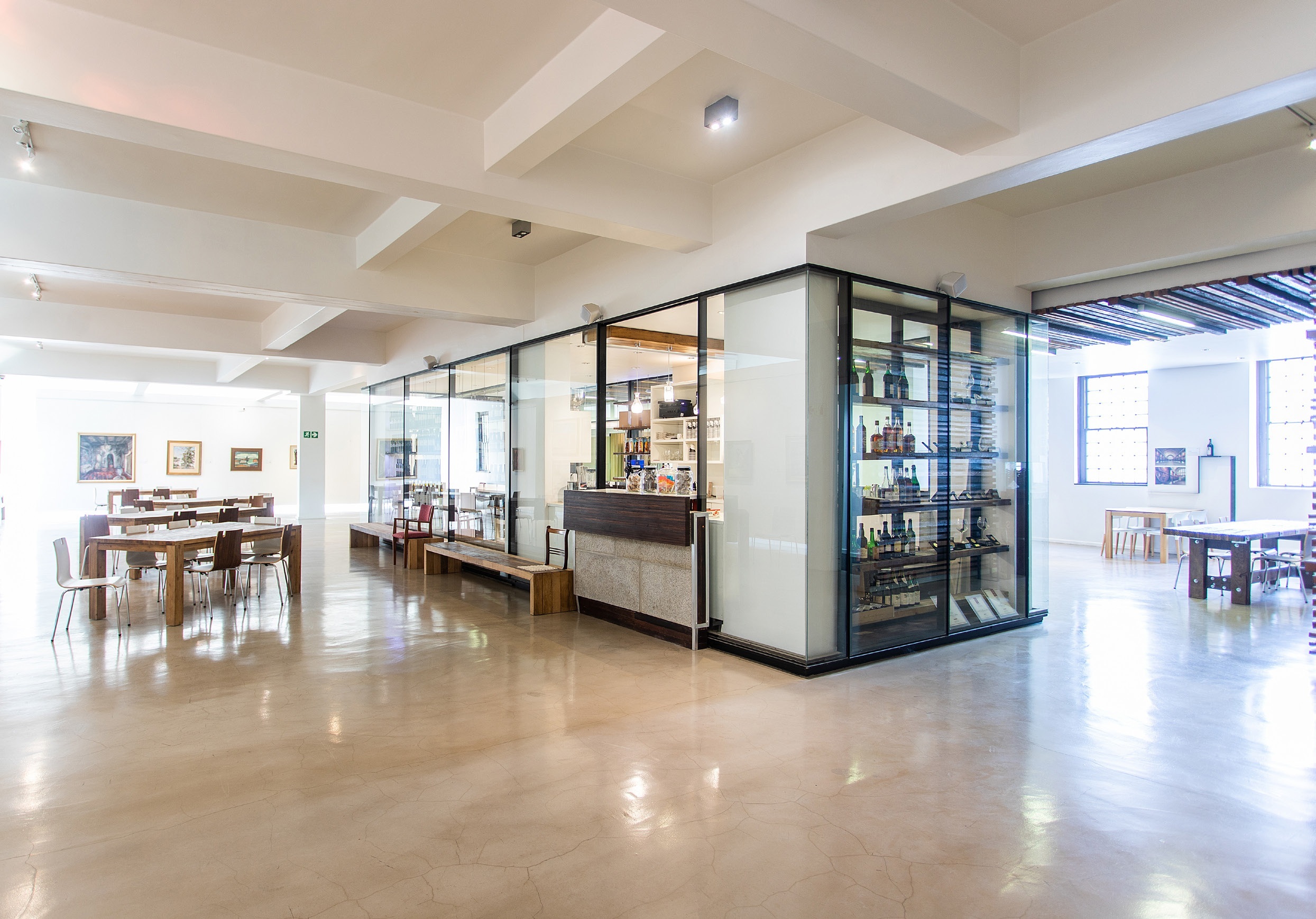